The much-loved existing building has been revived with beautifully renovated spaces that have restored architectural features and a completely re-installed collection in all galleries. Visitors can travel through time, ideas, human stories and contentious histories,’ shares the gallery.

Art Gallery of New South Wales Director Dr. Michael Brand says:: ‘My vision for the Sydney Modern Project was to transform the Art Gallery into an art museum campus with seamless connections between art, architecture and landscape; a generous and intelligent art museum that believes that the art of the past is crucial to understanding the art of our own time.’

Ultimately, the SANAAdesigned extension of the Art Gallery of New South Wales’almost doubles our exhibition space and delivers, with a more porous connection between inside and outside, new types of spaces for new thinking and new forms of art,’ comments dr. Fire. 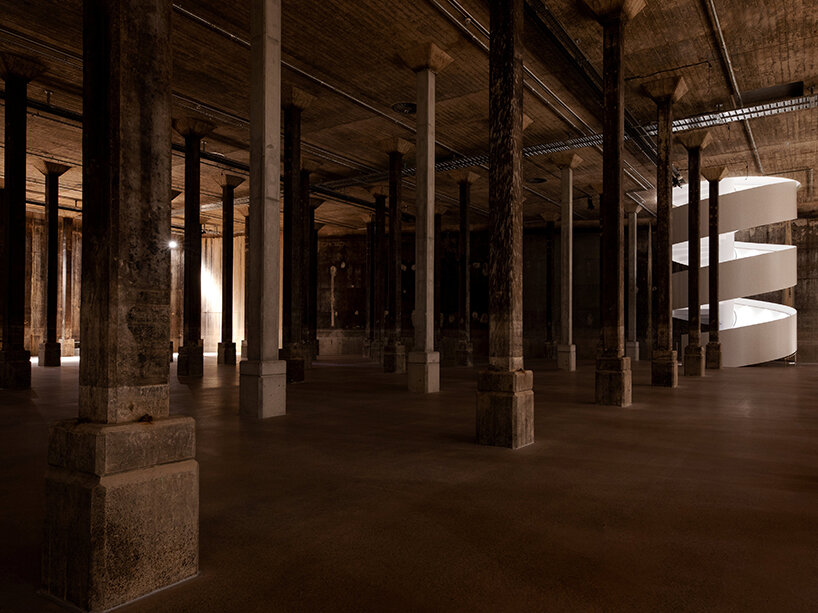 Art and Tourism Minister Ben Franklin also announced Argentine-Peruvian Adrián Villar Rojas as the inaugural artist commissioned for the underground gallery known as the ‘Tank. Located on the lowest level of the new building, the 2,200 m² former World War II oil tank, now a spectacular exhibition space, will be enlivened by Villar Rojas’ immersive artwork, ‘The End of Imagination’, which will open during its opening in December. be revealed.

The project is the culmination of a four-year partnership with the Art Gallery and is sure to immerse visitors in the world of Villar Roja. The artist is best known for his collaborative, site-specific sculptures, including the intervention on the meetings roof in New York in 2017.

Villar Rojas, who first visited the Art Gallery in 2018, says:: ‘The project that has grown over the next four years is the product of many hands, many minds, many conversations, many questions and many media, including the virtual and physical. And one of the most important mediums has been time – the time to dwell in a space, to talk to everyone from archivists to native curators to conservators, to push ideas and technologies, and to create the conditions in the project. of a world that is changing enormously.’ 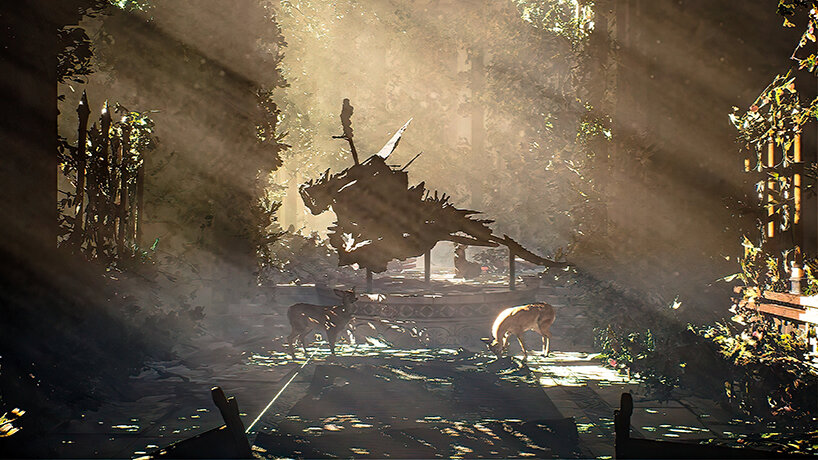 ‘The completion of the Art Gallery of New South Wales expansion will not only bring more art to more people, but will also reveal a hidden treasure: a former World War II marine fuel tank that has been masterfully repurposed as a world-class exhibition space, which visitors can admire. this first tank commission, The End of Imagination, to see’ Franklin Stocks. ‘Adrián is internationally known for his massive, site-specific installations that deliver immersive art experiences. On behalf of the NSW government, I would like to welcome you to come and experience his work from December 3rd.’ 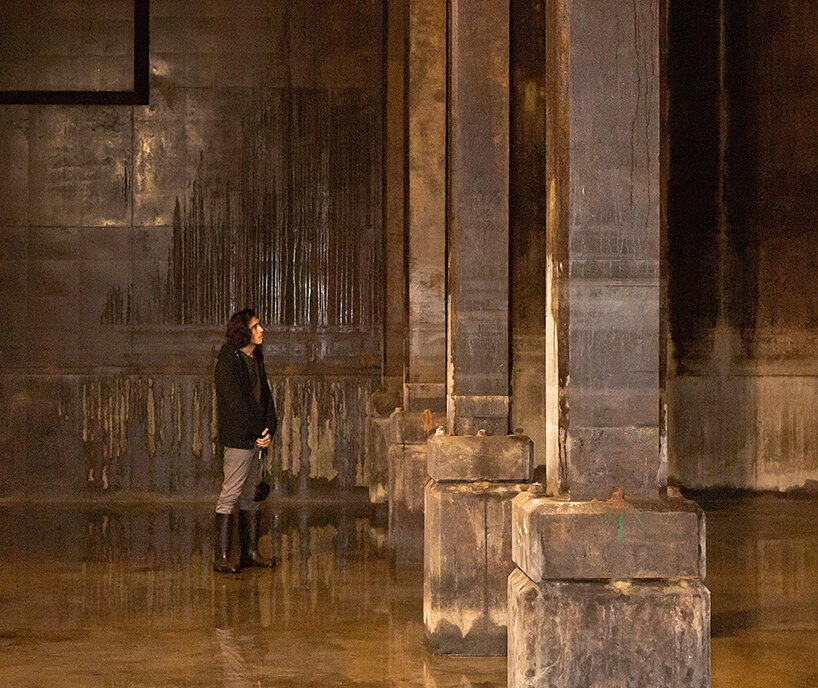 Nine bold and compelling new commissions that will be on display both inside and outside the new building include Francis Upritchard’s ‘Here Comes Everybody’, a trio of playful bronze creatures who will greet visitors in the Welcome Plaza; Jonathan Jones’ ‘bial gwiyuŋo’ (the fire is not yet lit), a living work of art at the heart of the expansive Art Gallery; Lisa Reihana‘s (Ngāpuhi, Ngāti Hine, Ngāi Tū) moving sculpture ‘GROUNDLOOP’, overlooking the central atrium; Richard Lewer‘s multi-panel painting ‘Onsite’, and Yayoi Kusama‘s ‘Flowers’ that bloom in the cosmos, which will be prominently positioned on the stepped terrace overlooking Woolloomooloo Bay.

Upon entering the new building, visitors are welcomed by the inaugural exhibition of Aboriginal and Torres Strait Islander art at the newly relocated Yiribana Gallery. The collection celebrates ideas of generosity and care and emphasizes connections between people. 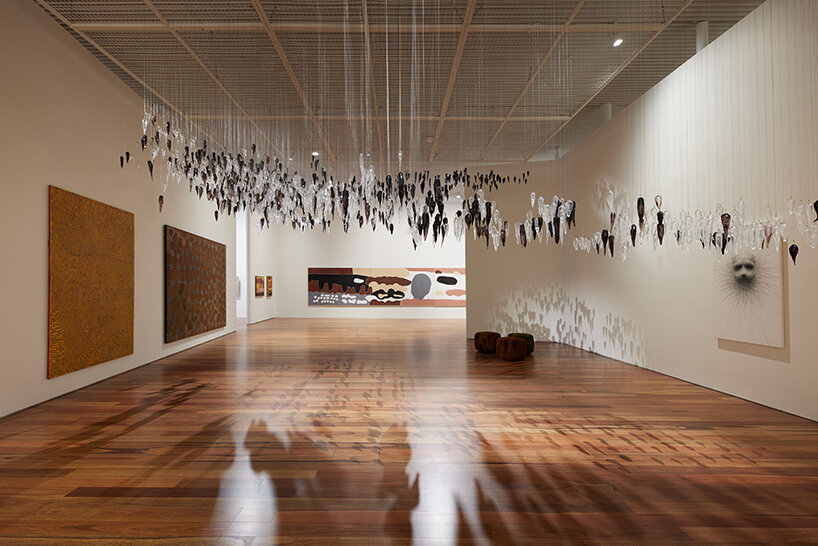 Other exhibitions include: Dream house: stories about art and shelter – artists reflect on ‘home’ from their own richly local perspectives while simultaneously recording shared hopes and fears that are felt in many places today; making worlds – with ideas about mapping, time, creation and connection around Kimsooja’s monumental participatory work Archive of mind in the extensive column-free gallery; and exile – celebrating the anti-heroes of popular culture in the Art Gallery’s first purpose-built new media gallery.

In the meantime, ‘From here, for now’ presents works in ten curated rooms and begins with the outback of Australia as a signifier of national identity, connecting it with American stereotypes of outsiders and hidden histories, through works by Charlene Carrington, Rosemary Laing, Robert MacPherson, Richard Prince and Kaylene Whiskey. It also includes a new commission, Simryn Gill’s major new work ‘Clearing’, which capitalizes on elements of the natural history of the new construction site. 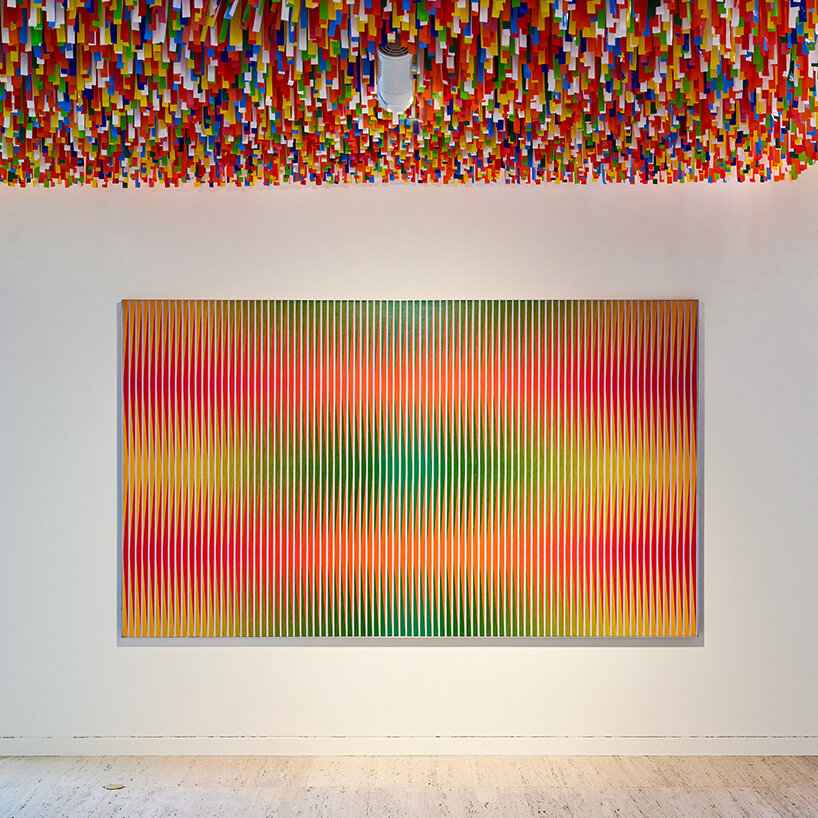 In addition to the exhibition are 20th century galleries featuring works from the Art Gallery’s Australian and international collections highlighting the connections and differences between local artists and wider global developments during some of the most tumultuous, exciting and innovative decades in art and human history. This new display includes the re-release of Ken Unsworth’s ‘Suspended stone circle II’, featuring 103 river stones weighing approximately 15kg each, suspended from 309 wires, which now hang over two levels in the newly unveiled atrium for the first time.

Visitors can also enjoy Asian Lantern – with the show ‘Correspondence’, which marks key moments in Asian art and history, and ‘Elemental’, which explores the natural elements of earth, water and fire. Last but not least, the big courts focuses on the historical collections of the Art Gallery, enlivened by contemporary voices that encourage moments of pause and reflection. 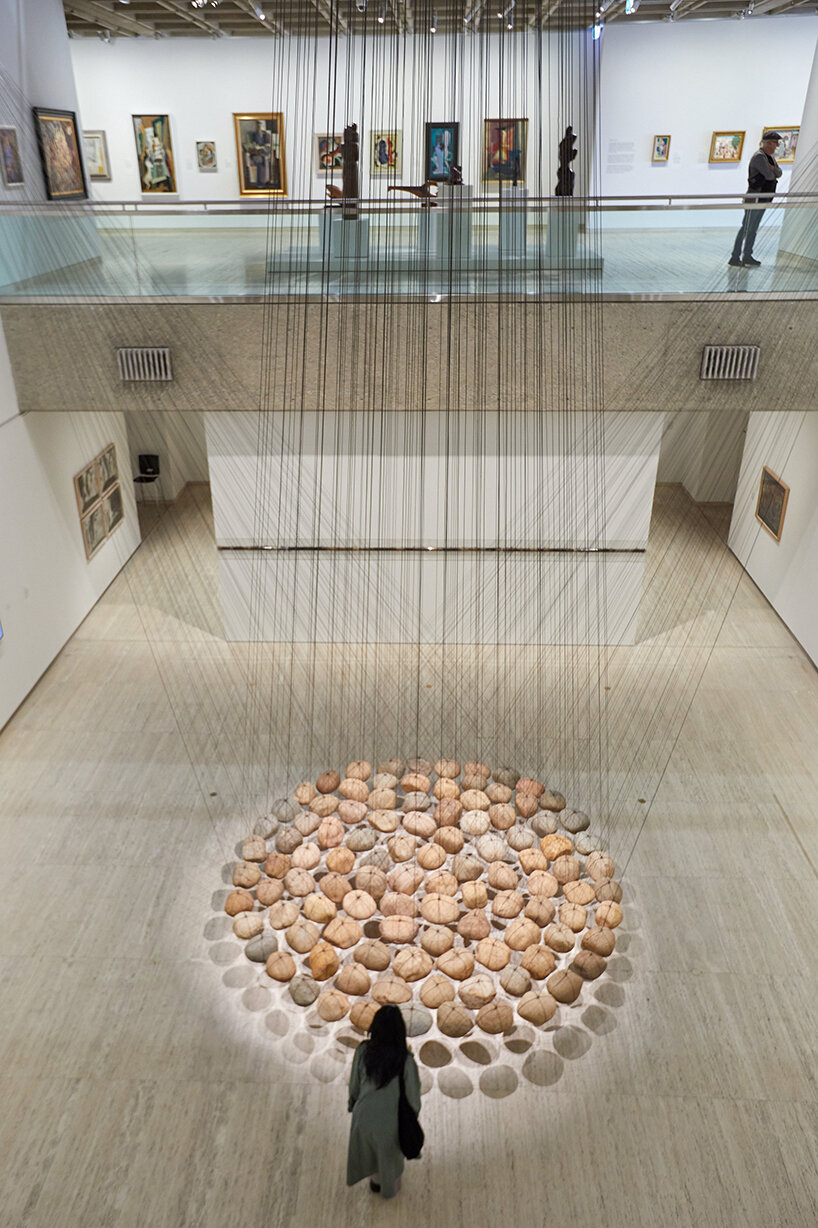 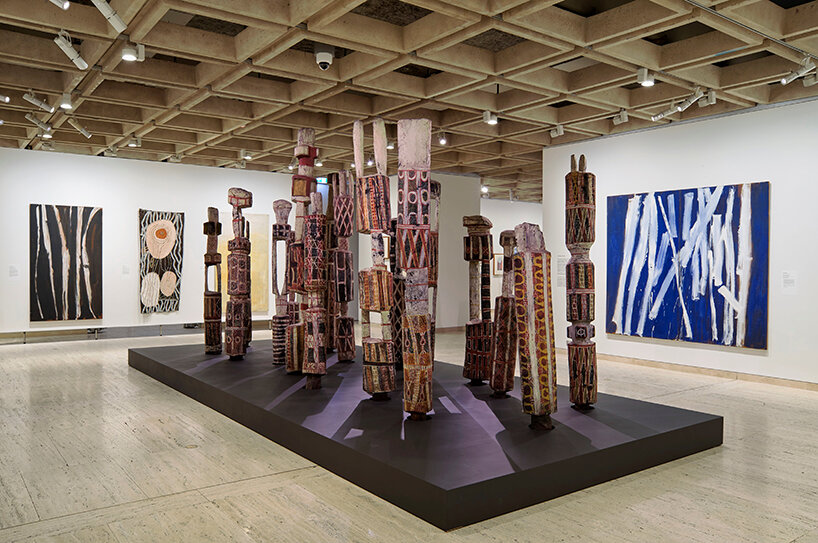