MotoGP has not been in Japan since the start of the COVID-19 pandemic, but made a welcome return to Motegi on Friday morning.

The lone practice session on Friday was a lengthy 75-minute affair after the daily schedule had to be changed due to logistical issues getting the paddock from Aragon to Japan last Sunday.

During the longer session, much of the first 50 minutes was devoted to setting up the race, with Marc Marquez, Miller and championship leader Fabio Quartararo changing hands.

The latter led the session with a 1m45,807s as the rain flags were raised with 45 minutes to go.

Fortunately, only a few spots of rain fell, although stormy forecasts for Saturday meant the second half of FP1 would be crucial for the qualifying group.

Suzuki’s Alex Rins – who debuted in FP1 with a set of new rear wings on his GSX-RR – was the first rider to launch a soft tire time attack with just over half an hour to go.

The Spaniard went to the top with a 1m45.738s, before Pramac Ducati’s Johann Zarco cleared his first soft tire lap with a 1m45.309s.

Aleix Espargaro on the Aprilia – who comes to Japan just 17 points behind champions leader Quartararo – came out ahead with half an hour to go with a 1m45.233s, before Zarco took a small advantage with a 1m45.210s.

Quartararo, Bastianini and Rins would all swap for the lead over the next 20 minutes, before factory team Ducati Miller started lighting up the timing screens with just over seven minutes left.

But Miller ran into slow traffic in Takuya Tsuda, Joan Mir’s replacement for Suzuki, which cost him about three tenths – although he still put down a 1m44.509s to finish FP1 fastest of them all.

Team-mate Francesco Bagnaia was only 0.028s outside of that time in second, with Quartararo – whom he is chasing just 10 points after the Aragon GP – another 0.021s trailing in third.

The trio of title contenders trailed the timesheets as Espargaro jumped late to fourth with a 1m44.577s lead over VR46 Ducati rider Luca Marini and Marc Marquez. 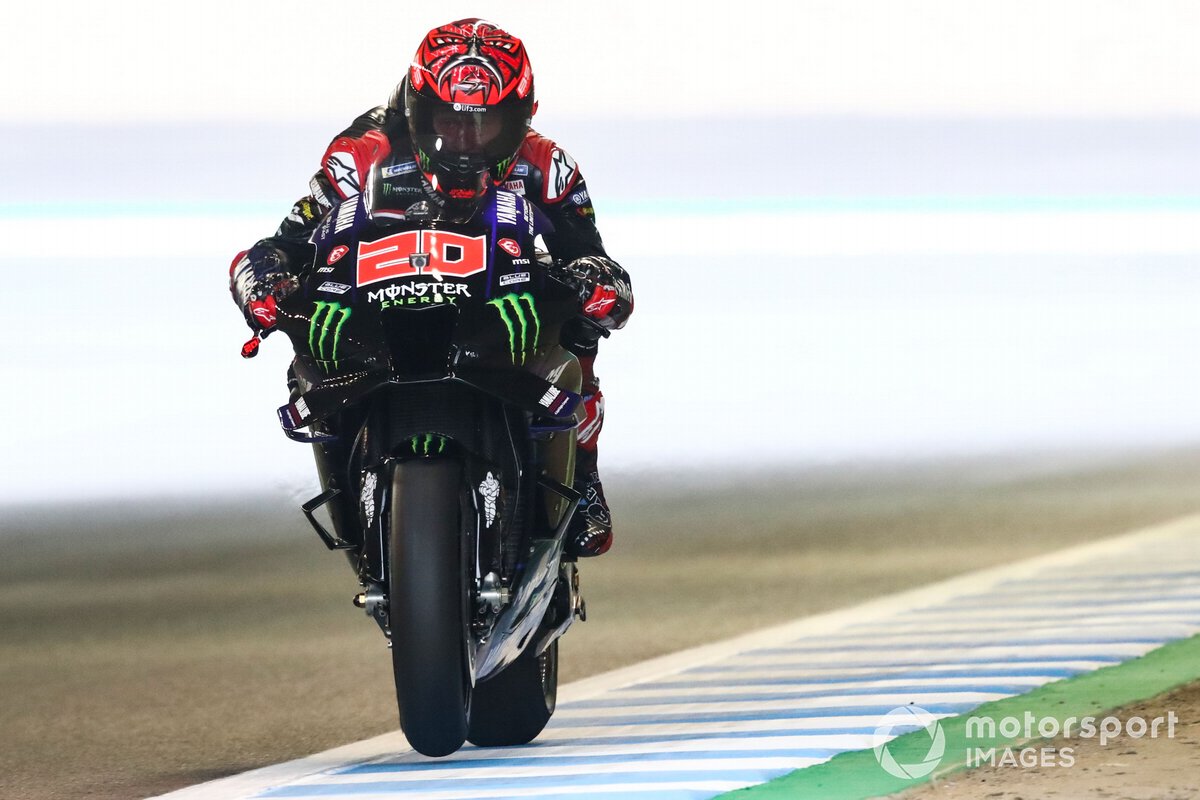 Late crashes for Zarco and Gresini’s Bastianini proved costly for both as they look set for Q1 when the expected rain comes into FP2 on Saturday morning.

Zarco finishes Friday 11th, 0.001s outside the top 10, with Bastianini 14th behind Rins and ahead of Pramac’s Jorge Martin. The injured Takaaki Nakagami – whose further entry into his home race after FP1 will be decided – finished 12th on his LCR Honda.

Yamaha’s Franco Morbidelli looked like he was on track for a strong finish in FP1, as he was a constant in the top 10 throughout the session.

But the Italian dropped to 16th at the checkered flag ahead of RNF Racing’s Cal Crutchlow, who has recent experience with Motegi taking part in several tests for Yamaha at the venue this year.